There are two fields in ZenTao to track the changes of stories. One is Status of Story and the other one is Stages of development. Now, let’s take a look at the two fields in details.

There are four types of Status, Draft, Active, Changed and Closed. The corresponding actions are Create, Change and Review, Close and Activate. The status flow is shown as below. 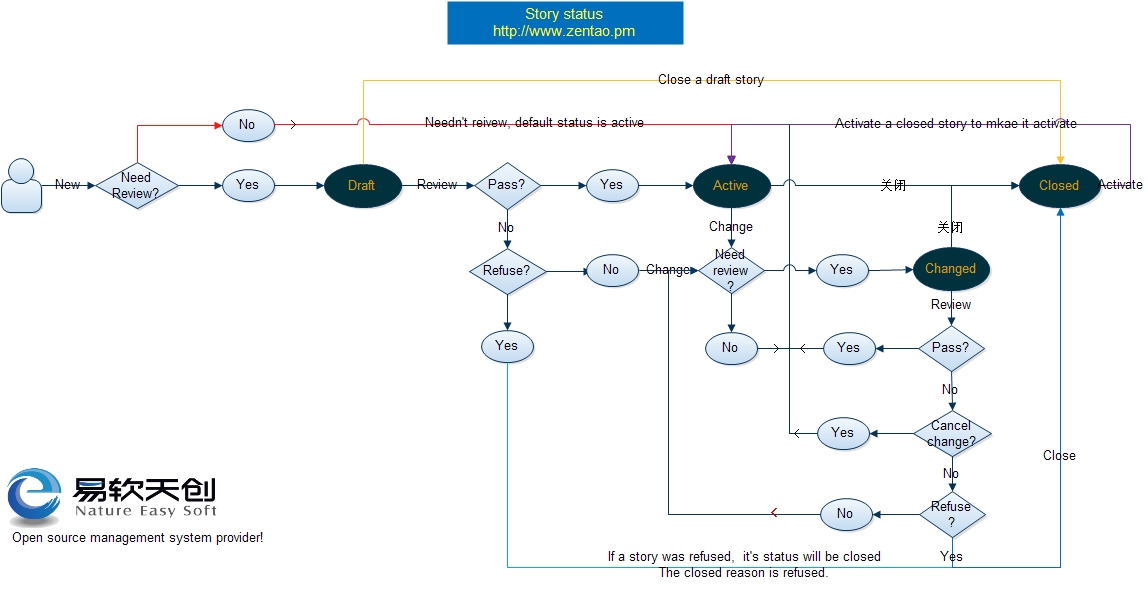 Stage is to describe the stages of an activc story in development. The stages include Wait, Planned, Pojected, Developing, Developed, Testing, Tested, Accepted and Released.